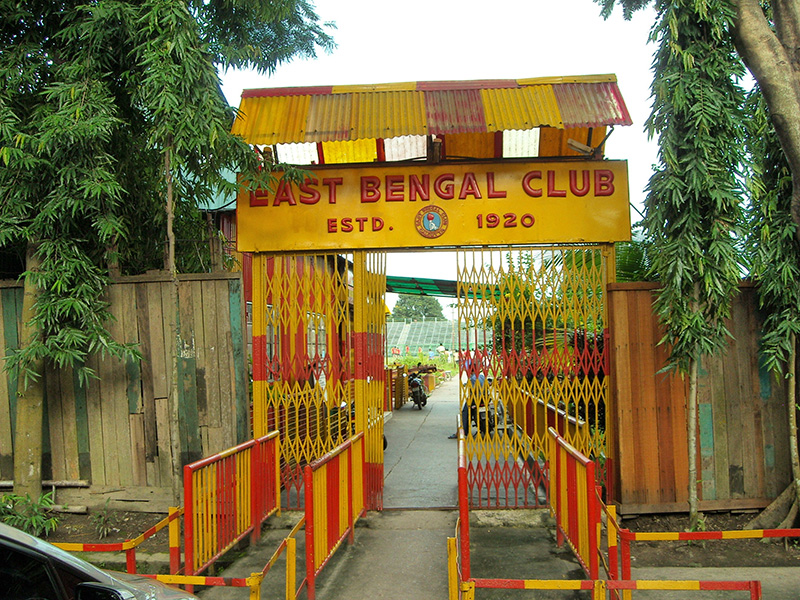 These are culturally associated, with the rich heritage of Kolkata, and are often enjoyed by high class corporate citizens in the city. Association of two or more people, these clubs like, Saturday Clubs, Night Clubs, Health Clubs are designed for a specific interest, such as voluntary or charitable activities, social activities, amusement, sports, or any such event. A few frequently visited clubs are as listed below.

Bengal Club
A famous club promoting social networking and business meets in Kolkata, Bengal Club is strategically located on Chowringhee Road in Kolkata. With a perfect ambience for the corporate visitors, the club hosts’ different events like meetings, entertainment meets, lodging and dining. The club is famous for its’ cooking specialities, in association with other value added services like library, bakery, bar and barbar shop. The club hire out rooms for corporate meetings and other recreational and amusement activities especially focussed for the business population in Kolkata.

Calcutta Club
Another famous social club in Kolkata, which is founded in 1907, is the ‘ Calcutta Club. ‘ Extensively known for a rich cultural association, the club is one of the heritage spots and meeting ground for elite class population of the city. The club hosts a huge hall, the Crystal room that remains open for members during whole of the weekdays. Besides, being open for corporate meets, ceremonial and festival celebrations, the club hosts other facilities like lodging and dining, in addition to guest rooms, library, board rooms, beauty parlour, tennis courts and health club.

Calcutta Polo Club
Established in 1862, one of the oldest and finest polo clubs across the globe, Calcutta Polo club, was founded by a British Citizen named Joe Sherer. Organised for the polo sports lovers in Kolkata, the club presently, is in quite wretched conditions, and needs a thorough up gradation. However, memberships are open to all the polo lovers across the country.

Calcutta Press Club
Opened for the news veterans, in Kolkata, Calcutta Press Club has been founded in 1945, by few veteran journalists representing the Print Media in Bengal. Associated with a rich historical glory and importance, it can be exclusively used by its’ members who necessarily should be journalists associated with renowned newspapers in Bengal and or India. Dedicated towards social cause and upliftment, this club is given for cultural events organised by the participators, who are members by themselves. The club also takes part in book fairs to promote the writing pieces on behalf of renowned journalists’.

Calcutta Racket Club
Founded in the year, 1793, Calcutta Racket club is one of the oldest clubs in kolkata, promoting squash courts and international standard tournament courts in Kolkata. The club governs the administrative headquarters of the West Bengal Squash Racket Association. The club is also responsible for hosting international squash tournament in 2005, and hosts all major training activities, related to this sport, in Eastern part of the country.

Calcutta Rowing Club
As the name implies, the club has been founded by a group of enthusiastic oarsmen in the year 1858. Being one of the oldest and premier clubs in Eastern India, the club is famous for its’ culinary specialities. The club hosts a large swimming club, inside, together with a multi gym, surrounded by lush greenery.

Cricket Association of Bengal
Governing body for cricket and related activities in West Bengal, Cricket Association of Bengal, popularly known, as C.A.B is strategically located, in Eden gardens stadium. The body is responsible, for organizing local, national and international cricket matches in the stadium. Presently, the president of this body is Mr. Prasun Mukherjee, the former police commissioner.

East Bengal Club
One of the most well known Football clubs, East Bengal club actively participates, to promote the Football sports’ for sport lovers in Kolkata. Established in 1920, the club is popularly known as ‘ Kingfisher East Bengal Sports’ club ‘. This is because United Breweries, the famous manufacturer of Beer and liquor products in India owned by the corporate honcho Dr. Vijay Mallya, occupies about 50% of stake holding in this club. The club is located inside Saltlake stadium and is responsible for hosting famous football tournaments in Kolkata.

Lions Club of Calcutta
Located, at Weston Street, Lions’ club in Kolkata, is one of the oldest clubs of Kolkata, dedicated to the cause of the poor and deprived. Independently, the club is managed by a few members, and meetings are held on the second Saturdays’ of every month, at the chosen member’s place. The club is responsible for organizing social camps like water projects during the summer, Diabetes detection camps, disaster relief organizing programs etc.

Ordnance Club
Strategically located at Hastings, one of the prime locations in Kolkata, Ordnance club is an ancient taste of English culture in Kolkata. The club, which is managed by “Ordnance Services Officers Welfare Society”, from which the tile has been derived.

Rotary Club
This club, set up in the year 1919, was set up after those at Shanghai and Manila. With more of a socially driven purpose, the club performs a host of social services, which include distribution of free medicines to ailing patients, blood donation camps, distribution of pulse polio doses etc, on a regular basis. The club has an independent management and meetings of the members are designed frequently, to fix future activities.

Royal Calcutta Golf Club
Royal Calcutta Golf club, which was set up in Kolkata in 1829, is an ancient heritage, disseminating the flavour of the famous sport. Initially, participation was only considered for gentlemen, but later on, decision was taken to allow ladies. The club hosts a number of training and coaching programmes, in order to create awareness and interest in the famous sport.

Saturday Club
Saturday club is one of the ancient torchbearer in the market, and was established in 1875. Carrying a wave of English culture mixed with Indian flavour, the club offers a range of services in entertainment, refreshment zones for the target audience. The club maintains health spas’, beauty parlour, cyber cafes’, playground, bakery, bar and even barber’s saloon, and maintains a perfect range of menu planning, which is a mix of Indian, Continental and Chinese.

Tollygunge Club
Designed more as a social center for entertainment and amusement for the adult population in the city, the club is located conveniently in Deshapran Sashmal Road, for fun lovers. Covering an area of 100 acres, the club hosts a number of facilities which include games and sports, as well as library and open spaces. Famous for its’ cuisine, the club is visited by a majority of urban population in the city. The club also organizes public meets for revenue generation purposes.